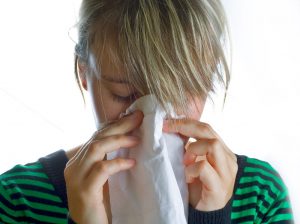 During the summer season, most homeowners think first and foremost of their air conditioning systems when it comes to keeping their homes comfortable. In the winter, that focus obviously shifts over to the heating system that they use to warm up their homes for comfortable living.  While maintaining comfortable temperatures is important, however, it really is just a part of the picture.  There is one influencing factor that is both very important to comfort all year long, as well as frequently overlooked.

That factor is indoor air quality. Now, you may assume that the air in your home is at least of a higher quality than the air outside. However,  that is not true. You may also think that there is not really much that you can do in order to improve indoor air quality. That too is wrong, though. With the use of devices such as air purifiers in Cincinnati, OH, you really can boost the quality of the air that surrounds you at home.

END_OF_DOCUMENT_TOKEN_TO_BE_REPLACED

Get a New Heating System with 36 Months No Interest Financing

If it feels like your heating system could break down at any moment, it’s not worth it to wait and see. While it may seem that a new heater is out of your budget, we may have some good news. Many of our customers qualify for financing, and we’re offering a special deal. For those who qualify, we’re offering 36 months of financing with no interest for a limited time only.

Not sure if you need a new heater? Not sure if this is the right offer for you? Check out today’s post and call our friendly team for more information. END_OF_DOCUMENT_TOKEN_TO_BE_REPLACED

4 Things to Know When Shopping for a New Furnace

We know it can be difficult to tell what direction to go in when you’re looking around for a new furnace. You might be unsure of where to start or which type of furnace is right for your home. You may be worried that you’re getting ripped off with a furnace that claims to be more efficient than others on the market. If you want to make sure you get the right furnace for your home, check out our expert advice. END_OF_DOCUMENT_TOKEN_TO_BE_REPLACED

Tags: Heating Installation, West Chester
Posted in Home Improvement | Comments Off on 4 Things to Know When Shopping for a New Furnace

Some of the Unusual Movies Released for Valentine’s Day

Hollywood has always tried to match movies up to the seasons to draw droves of viewers to the theaters: October is packed with fright-offerings, while the winter holidays skew toward warm and pleasing family films (as well as Oscar hopefuls). Valentine’s Day falls in an odd spot when it comes to the movie release calendar, however, since February tends to be a slower time for the film industry. The studios are as likely to slot strange movies that don’t fit anywhere else in their annual schedules into the Valentine’s Day weekend as they are films with powerful romantic appeal.

So, while the second weekend of February has featured hugely successful romantic comedies like Hitch, The Wedding Singer, and (of course) Valentine’s Day, some truly weird choices have debuted in this weekend as well. And a few have even gone on to tremendous success despite the bizarre match with the holiday. Here are a couple of the odder Valentine’s Day movie releases:

Whether you celebrate Valentine’s Day with a trip to the movie theater, or you have your own special plans, everyone here at Bartels Heating & Cooling hopes you and your loved ones have a wonderful weekend.

Tags: Happy Valentines Day
Posted in Home Improvement | Comments Off on Some of the Unusual Movies Released for Valentine’s Day

We accept the following payment types: